Okay. I really wanted to do this in one take, but turns out that didn't work. Um, I, I went on and on in my last try at this, so I'm trying to not waste anyone's time. Uh, so my blog post is due today. It is the Friday that I publish my #NikemaLearns blog series. And right now Nikema is learning AWS in preparation for the AWS certified cloud practitioner exam that I will be taking.

So today I finished my video course that I started with that's a win. Um, I finished the course and I took the second practice exam as I had planned. And my score improved over the first one first was like 50%. I think this one was like 69% and some change a passing score is 70, so I'm getting there. Um, but I definitely knew, I knew a lot more than I did when I started. I mean, obviously, but yeah, so I'm happy with that score because I, I still have a review to do, and I am adding in a different resource to study from.

Um, yeah. So I had the idea to make these videos and it's, this is like one of those stretch things for me. I am still not comfortable with video, but I want to get used to it. So, Um, yeah. So I'm going to try making a video where I talk about what was covered in each lesson. I don't know if I'm going to keep that up, but maybe some, I will condense like a few, like maybe I'll I'll do a one per per module or, or like add, I don't know. We'll see, but let's just start with this and we will see how I feel. Cause if it feels not great, I probably will try to do something else.

But yeah. So the first video, I feel like it's a good one to start with because the first lesson is just kind of an overview of the test and like how it's going to be to take the test. The whole exam is not, it doesn't ever get into a lot of detail about these services. It's, it's kind of, it's very high level. So, so yeah, so none of, none of the videos that I make about this are going to be, uh, super technical, I think.

Um, but I'm just trying to reinforce what I learned by, you know, what is it called? Different modes? I don't know what I'm trying to say. I'm trying to reinforce what I learned through speaking about it. And hopefully if I can speak about it, it's, it's, it's review in a way, right? Because I took these notes while I was watching the video and now I'm taking those handwritten notes and I'm typing them and I guess making a video. So there goes me not, I'm trying not to, to fill this up with a lot extra. What I will do is probably not edit anything out, but I will make timestamps. So I'll say like, okay, here's when Nikema starts actually talking about the lesson. And I think that is right now, and that looks like four minutes 44.

Okay. So let's talk about the lesson lesson. One is about the certification itself. Um, 1.1 is the overview. Uh, basically we need to know a little bit about AWS as a service provider and like what the value proposition of cloud is in general. Um, the instructor gives, um, resources that you can use to prepare, but I mean like this looks classes for preparing. So, but yeah, so the resources he mentioned are, um, exam guide and sample questions from the AWS website, um, their blogs and their documentation.

Uh, so when you're actually taking the exam, you cover four domains and the course covers the same four domains. And those are cloud concepts, security technology and billing and pricing. The test is about 65 questions. You have 90 minutes to take it. Um, 70% is passing, even though I don't think he mentioned that in this video, but I have it on my notes because my handwritten notes said 90%. And I think my past self meant, 90 minutes. So I just corrected that for myself, 70% is passing. Um, there are two response types. You have, uh, multiple choice, which is like one answer and then multiple response, which is like, you'll have to select more than one to get it correct. The strategy this instructor suggests is to review all of your answers before you submit them on your first pass mark the ones that, you know, the ones that, you know, you know, um, in second pass use a process of elimination to like something seems kind of like ridiculous, you can say, okay, that one's not the answer. So use that process of elimination, like narrow down possible answers. And it's okay to guess, because if you don't mark anything, you're going to get it wrong and there's no extra penalty for guessing wrong.

Um, and then like the last part of the lesson is just talking about other places where you can go to find study material like the AWS website, their documentation, their forums, Quora, stack overflow, and white papers, which he mentioned can be pretty dry.

Um, this is all fine. I don't think I'm going to take all of, all of this advice because I don't want to review my answers. I don't think that's necessary. I kind of just my approach to tests are I know it, or I don't know it, so I'm not going to not going to stress about making sure, I don't know. I'm, don't think I'm going to review my answers and I don't think I will be like going all over the web to find study material. What I have access to with the O'Reilly learning is really good, I think. And I'm adding in. Um, I'm okay. Okay. So now that I'm finished with the video course, I'm putting the notes online. Okay. And, um, I'm also going to add in this ebook for the exam prep, which I think will be really good because it has a questions to check your check, your understanding throughout. Um, and I kinda like having access to like more depth in texts that I can refer back to.

Um, and I'm almost, I lost my thought. Okay. I was talking about the ebook. I think it'll be good for me. And I also, um, after I took my second practice test, I realized that I could go through and see the answers that I got wrong and, um, get the right answers. So I did that and I screenshot it all of my wrong. Is that a word screen? Well, I, I took a screenshot of each wrong answer and I'm going to use that to study from, but there's also a study mode for the practice test. So I might try to work with that too. So as far as study material goes, I'm probably not going to go outside of the O'Reilly learning platform. And that was, yeah, a lot of words to say that.

And I'm glad that this first lesson, like I said, is very, very short and simple lesson and we will see if, if I want to continue with this way of making videos, I am still committing to doing the blog every other Friday. Um, just trying to really document where I am and how it's going. And I think video's a cool way to do that. So I will wrap, wrap this up and I, I failed to make this shorter. It's actually longer than the first time and I am being harassed by children. Okay. Goodbye. Thank you. 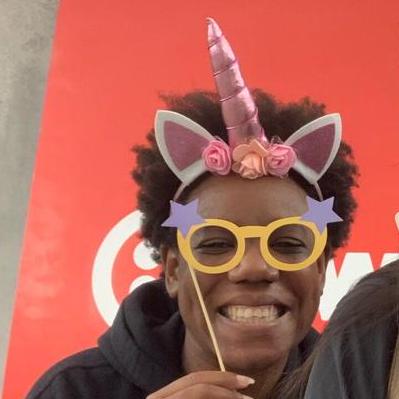